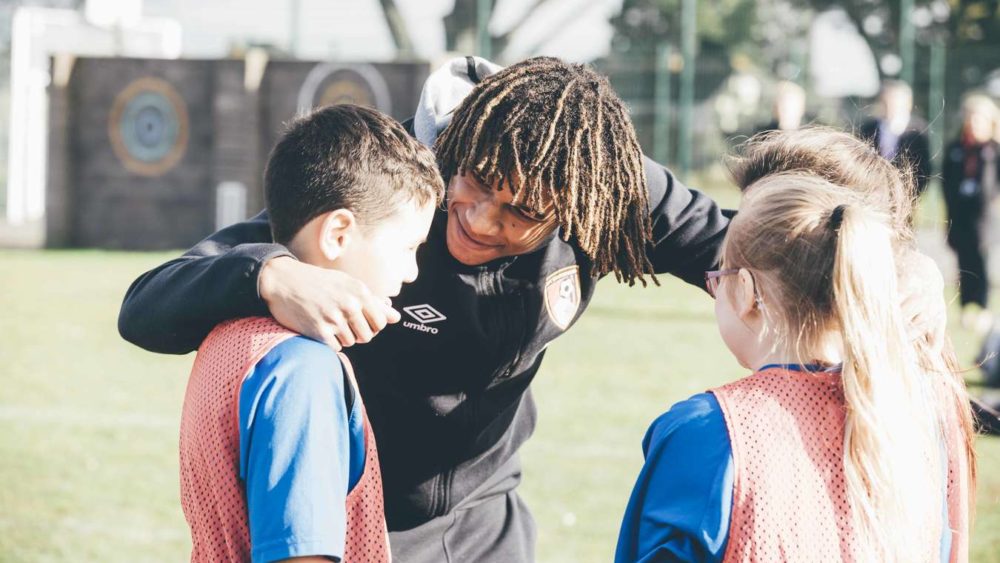 Premier League Primary Stars is a six-week project, delivered in schools by both the Premier league and AFC Bournemouth’s Community Sports Trust, and uses sport to encourage children to learn and be active while observing fairness, equality and respect.

Some of the sports coaching for Primary Stars comes from Nathan Ake – the AFCB supporters’ player of the season (2017/18) – and the project Ambassador.

All the lessons are also named after Cherries’ players, such as the ‘Turn Like Marc Pugh’ Lesson or ‘Score Goals like Callum Wilson’. And AFC Bournemouth’s Community Sports Trust also enforces the importance of teamwork, resilience and important messaging on issues such as anti-bullying.

Charlie Baynes, managing director of Medhurst Communications, said: “It’s extremely rewarding for us as a company to be part of this scheme and I know our staff who take part in the Primary Stars sessions with schoolchildren come away feeling they have made a real difference to their health and wellbeing.”

Head of AFCB’s Community Sports Trust Steve Cuss, agreed: “The Premier League Primary Stars programme is a fantastic way to engage with schools both with PE lessons but also within the classroom and we are very grateful to Medhurst Communications for its continuing support.”

Medhurst Communications also continues to be a Regional supporter of AFC Bournemouth and has been working in partnership with the club for the past five seasons.

Premier League Primary Stars is available for children aged five-11 and teachers also receive a pack containing lesson plans which can be used throughout the school.

The Premier League Primary Stars programme is free to all schools in Bournemouth, Poole and East Dorset with additional extras also available at cost.

The scheme aims to provide teaching resources to 10,000 primary schools in England and Wales by 2019.

To find out how your school could benefit from the programme, contact AFC Bournemouth’s Primary Stars project lead Matt Divine: matt.divine@afcb.co.uk or call 07393 462167.

The project also has its own website: www.plprimarystars.com which contains resources for teachers and parents on subjects including maths, literacy and PE. It’s free to sign up and join.