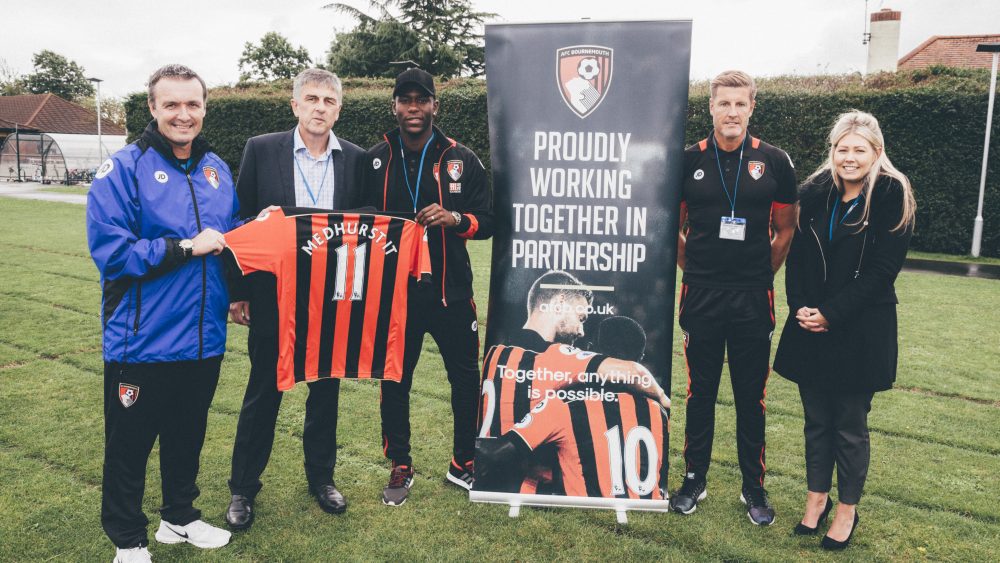 Pupils at Winton Primary School took part in the new Premier League Primary Stars campaign, which is available to every primary school in England and Wales.The project’s aim is to encourage physical activity and positive behaviours for the course delivered by both the Premier League and the AFC Bournemouth Community Sports Trust.

AFC Bournemouth’s Benik Afobe is the project ambassador for the cause and both he and Steve Fletcher were the special guests to take a Q&A from the youngsters, and to give them some expert advice and coaching.

The Cherries frontman was delighted to be a part of the scheme and visit the school on Monday to help to put a smile on kids’ faces, saying: “I was more than happy to be there. The kids were great, they asked some interesting questions! We’re a club that’s a real part of the community so it’s good for the players to get out into the community and put a smile on people’s faces.

“I never had anything like a Premier League player coming into my school as a kid, it’s good for them to see the local players and hopefully we can have a positive influence with the Premier League Primary Stars programme.”

“Benik and Steve’s appearance at Winton primary School was well received by the children involved who were keen to ask questions and get advice throughout the coaching session.”

Over 4,500 children benefitted from the sessions in 2015, which are sponsored by Medhurst Communications, who have been in partnership with AFC Bournemouth for the past three seasons.

Since 1986, Medhurst have been making IT work for education and business clients with offices based in Hampshire, Dorset and Cheshire.

“The Premier League Stars campaign is a fantastic initiative for school children and as an IT education specialist, we’re delighted to be able to support it. We’d encourage all of the 450 schools that we support nationally to get involved.”