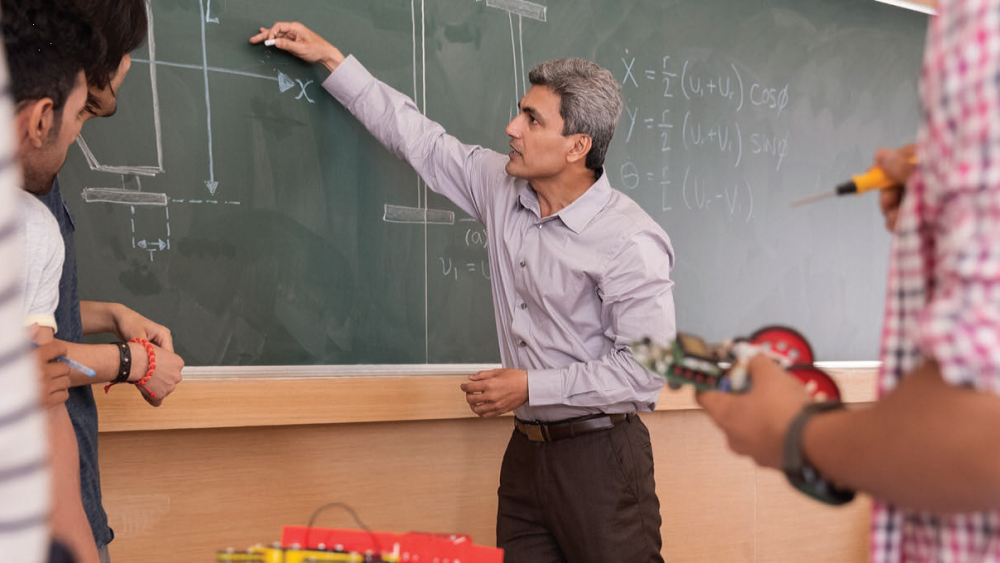 School IT budgets are coming under more pressure so we have to look at doing things differently and more efficiently. Having a solid core allows me to look at thin clients or offloading onsite storage to the cloud. Thanks to HPE Networking, because our connections and data throughput is so good we can seriously consider this for the first time.

George Abbot School is a high-performing secondary school located in Guildford, South West of London. The school has approximately 2,000 students, 250 staff and is a centre for teacher training. By UK standards George Abbot is considered a large school. Like many UK schools, George Abbot invested in its core network around the turn of the century. More than 10 years on, and with a huge rise in the number of personal devices and user expectations, the network was showing signs of strain.

The network wasn’t failing, but it was getting increasingly slow,” says Ajay Patel, network manager, George Abbot School. “We’d tweaked it, done everything to get every last drop of performance out of the network but it was showing its age. It was time to invest in an upgrade. Teaching has changed hugely in recent years. Five years ago, everything was in books or on blackboards. Now, we’re using smart boards and interactive TVs, students are using tablets. Everything is digital. We wanted to support a wireless environment across the school, and that just wasn’t possible with the existing network.”

The task for Patel was to upgrade the network whilst putting the infrastructure in place to cope with future growth: “We’re planning for the next 10-15 years.” In addition, the upgrade needed to be planned and executed with no term-time disruption so everything was tested and good to go for the start of the new school year.

George Abbot has worked with Medhurst Communications, a local IT specialist and HPE partner, for a number of years. “We’ve always been happy with their advice and support,” says Patel. “I’ve seen its professionalism. They tick all the boxes.” The school is a largely HPE shop, from servers to switches to storage. “There have been cheaper options, but nothing to compare to the after-sales support. HPE is excellent. I like the way they work. One call or email and the next day there’s an engineer on the premises with a solution. I can trust HPE.”

The Medhurst solution is to upgrade the OM1 cabling to OM4 fibre with HPE 5900 and HPE 5130 switches throughout. There is at least 10GB network speed. The HPE 5900 Switch Series delivers flexibility, scalability and low TCO at the access layer of medium and large enterprise campus networks. The solution establishes enterprise class quality of service and security, HPE Intelligent Resilient Framework stacking, static layer 3 routing, RIP, convenient fixed 10GbE uplink ports, PoE+, ACLs, IPv6, and delivers energy savings with Energy-Efficient Ethernet.
“The solution will last for 15 years,” says Patel. “And it means we’ll be able to build a network across all the schools within the GEP.”

The upgrade was planned, implemented and fully tested over the six-week summer break. “The first week in September is usually our busiest time,” says Patel. “All the teachers and students are arriving back at school and reporting issues with the network. This year we didn’t have one call. That tells me everything is working fine.”

Backups that used to take three days for one server, he says, now take half a day for four servers: “This frees my time. I now have the time to look at the horizon, to see work on other projects that may benefit George Abbot.” He says a robust new network allows him to plan new ways of working. “School IT budgets are coming under more pressure so we have to look at doing things differently and more efficiently. Having a solid core allows me to look at thin clients or offloading onsite storage to the cloud. Because our connections and data throughput is so good we can seriously consider this for the first time.”

The next phase of the project is to work with Medhurst on a wireless access and control solution and to cement closer ties with other schools within the GEP.

We want all children to be able to bring their own device, if they want, to learn on the device they’re most comfortable with,” says Patel. “Also, long term, it may be that the George Abbot IT department become a service provider to several schools in the Guildford area. We now have the network strength to make this vision a reality.