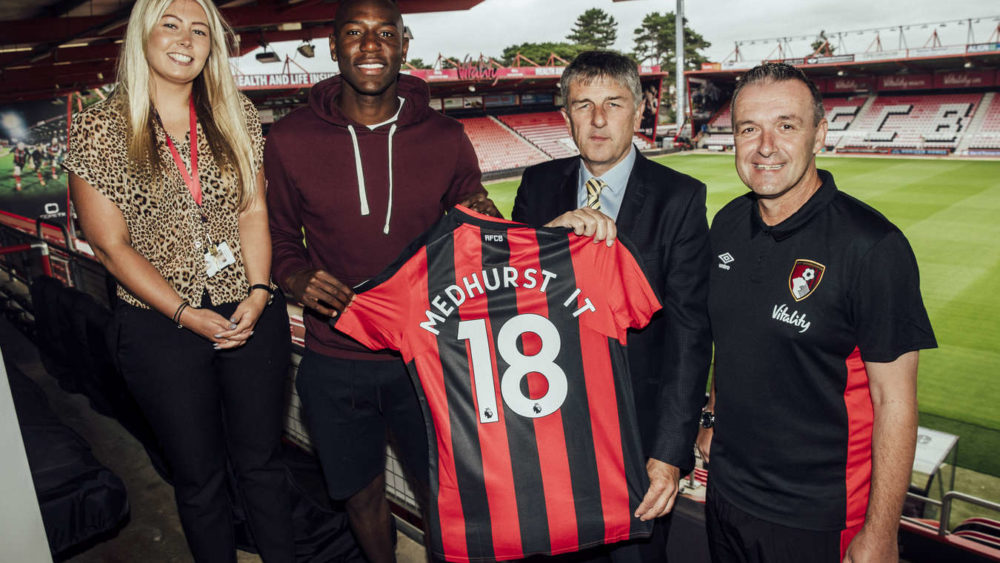 Medhurst IT, who sponsored the Community Sports Trusts’ Premier League Primary Stars project last season, will be continuing its support for the influential project for the upcoming 2017/18 campaign.

Also as regional supporters of AFC Bournemouth, Medhurst IT has been making IT work for education and business clients across Hampshire, Dorset and Cheshire since 1986.

That works in line with their support of the project, of which Benik Afobe is an ambassador.

Alongside Benik, Medhurst representatives appeared in local schools last season to help launch the PL Primary Stars project, which is available to every primary school in England and Wales.

The project is aimed towards boys and girls aged 5-11, to help improve their physical literacy, enhancing their learning, and teaching them relevant life skills and behaviours.

The project is delivered by both the Premier League and the AFC Bournemouth Community Sports Trust, and partnership executive Amy Marks said: “It’s great to have Medhurst IT on board to support such a good local cause.

“Their support has been appreciated by the Community Sports Trust and the project really works with their educational values – we’re delighted to have them on board.”